Once your audio is complete, the first step to publishing is to encode it to an MP3 file.

Use iTunes, with these settings.

To set these MP3 Encoder preferences, go to Preferences and click the Import Settings button in the General tab.

Once your encoding preferences are set, select your uncompressed source file and choose File > Create New Version > Create MP3 Version. (In older versions of iTunes, you can right-click the selected source file instead.)

How low can I go?

I don’t recommend encoding at less than 96 kbps, but you can encode at 64 kbps. (Note that iTunes’s bizarre user interface requires that you select “128 kbps” in this case.)

Instead, export (Share > Export Song To Disk) to AIFF using these settings, and then use iTunes to encode.

The two MP3 encoders you might hear about are:

Apps known to use LAME

In the world of digital media, size is measured in kilobits per second, or "kbps".

For audio podcasts, 96 kbps is the best balance between quality and file size.

For some, 64 kbps can be a more practical (if lower quality) choice. People using LibSyn and other hosts that charge based on "monthly storage" often encode at a lower bitrate to meet hosting limitations. Podcasts with listeners in the millions often encode at 64 kbps to save money.

The great thing about JS encoding is that it gives you the best of both worlds — mono content encodes as efficiently as a mono-only encode, but stereo content is still reproduced (very efficiently) in glorious stereo.

JS encoding (as compared to mono) is better for your show's music, and allows you to place hosts and guests at slightly different spots on a stereo soundstage to improve the clarity and interest of your podcast. 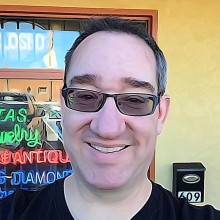